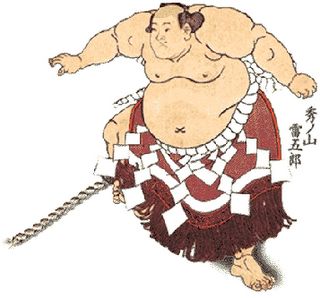 A.'s campaign against Asashoryu's pressie continues relentlessly. Last night's gambit was to tell me that to refer to it as a piece of the Yokozuna's "belt" was a euphemism. It was in fact part of the Yokozuna's undies. Worse, it was used underwear and my interest was rather unhealthy!
Posted by Nonjatta at 8:16 am

Shocked and stunned I am

I'm shocked, too.
Nevertheless it has a symbolic meaning like Princess Diana's dress. Few people can have such a thing.

I deeply appreciate your continued support on this matter, et

But what about Princess Diana's undies! That would be something.