I must post a little addendum to my post about Japan's surprising breads. It seems there is a popular boys' manga called "Yakitate!! Japan" which rather wonderfully captures the pioneering spirit of the Japanese baker. The title is a horrible pun on the Japanese word for bread ("pan") and it tells the story of a young son of a rice farmer who sets out to create a "bread that tastes better than rice".

In Japanese, baguettes are called "Furansu Pan" (French Bread). There is also "Igirisu Pan" (English Bread) and "Doitsu Pan" (German Bread). Our hero figures that Japan should have its own national bread too and that it must be called "Ja-pan"!!!! Every new bread he makes in his international quest is called "Ja-pan 1" or "Ja-pan 23" and he is currently on "Ja-pan 57" or something. These delicacies include a croissant with exactly 327 layers, a candied turtle shaped bread, a "melon sushi Ja-pan", a bread that takes you to heaven and back and a "cannabis Ja-pan" (the subject of the page on the right). The usual storyline goes along the lines of the young man taking on some rival (often foreign) baker in some weird bread competition and winning. 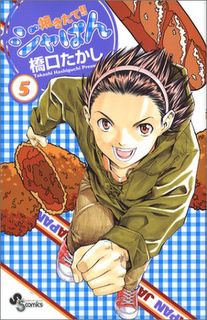 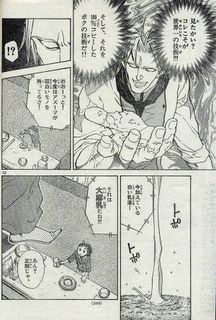 It is all very confusing but wonderfully expresses the indomitable spirit of the Japanese baking fraternity. Although it is primarily aimed at young boys and has been very successful in this market (even being made into a animated TV series) it seems to operate on another level as a kind of pastiche of other manga. It lifts all kinds of incompatible archetypal characters from other boys' manga and mixes them together in humorous combinations (a bit like mixing a Sherlock Holmes style detective, a Marilyn Monroesque sex symbol and Billy Bunter).

All of which is good harmless fun. This, however, is not: 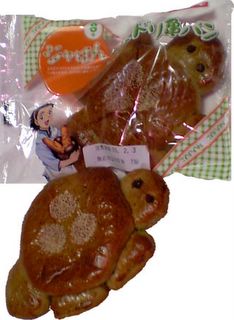 Somebody is actually marketing the turtle bread under the "Yakitate! Japan" brand! Arrrgh. If this is the national bread of Japan then I would advise all Japanese people to stick solely to rice!
Posted by Nonjatta at 8:30 pm

It looks as though the dreid yeast will really be useful.....or indeed essential.... for survival.

We must be one of those rare people who use our breadmaker so often.

The analogy of kneading in the characters from other manga is itself another layer .. can we find 324 more, I ask?!!!