For the guerrilla gardener.
Posted by Nonjatta at 9:55 am 1 comment:

Whatever you think of these people's political views/activism, this is wrong. Police should always be publicly identifiable and it is clear to me that those "stress positions" were being used violently. I get the feeling that this sort of thing is widespread and quite routine, not just peace protesters but all sorts of people who annoy the police.
Posted by Nonjatta at 10:06 am No comments:

The batton has passed

From Tomoji to Henry. Engineering is a good profession.
Posted by Nonjatta at 11:19 pm No comments:

An interesting attempt by the Guardian to crowd source expense scrutiny:

I had a correspondence with Mr Curry about all this when MPs, including Mr Curry, were trying to obstruct access to these details.:

Dear David Curry,
I am writing to you from Japan but you would be my local MP in any UK election, via postal ballot. I am writing to ask you to vote against the draft Freedom of Information (Parliament) Order 2009 this Thursday and to sign Jo Swinson's Early Day Motion.
I feel strongly that the public money spent on MPs expenses should be subject to the greatest degree of transparency and accountability possible. Democratically elected representatives spending money given to them by the taxpayer should be in a position to share with their constituents precisely how that money is spent. The measure being decided on Thursday would have the opposite effect and the arguments for it are essentially attempts to justify the concealment of expenses that MPs could not justify publicly. If MPs have embarrassing expenses, they should still have the courage to vote against this order because the measure is wrong in principle. I am appealing to you to vote against it.

I am sorry but I believe you are wrong. No-one is trying to conceal expenses. It is a question as to what is a sensible level of detail. As for EDM I cannot see the earthly point of signing an EDM when the issue has to be voted on in the Commons itself. It has the whiff of sanctimoniousness about it. DC

Me:
Dear David Curry,
Thank you for replying to my message about the draft Freedom of Information (Parliament) Order 2009 this Thursday. I realise you must get hundreds of messages from your constituents every week and I appreciate the time you spent in making your position clear. I have no expectation of a second rebuttal but would like to give one pence extra to my initial tuppence worth. I have no detailed knowledge of Commons procedure and I must accept your point that the Early Day Motion is unnecessary and sanctimonious.
On the substantive point, you seem to be relying on the word "sensible" for the entirety of your positive argument for voting for the concealment from the voters of the precise detail of how their money has been spent. As I understand it, the information has already been collected and will be fairly easy to publish if MPs do not vote to stop it. So, the "sense" you talk of (but do not specify) must not be a claim about what is practicable but rather some sort of privacy claim about MPs' right to blur or generalise the information they give the taxpayer.
I am afraid that many members of the public will take the simple position that democratic representatives using public money should fully account for every jot and tittle that they spend and that they should account for it to their voters rather than in a private auditing process. We hear all sorts of gumph from politicians seeking to be elected. One piece of information that would seem to be relevant to our choice is precisely how they spend our money on their own expenses and how they define what is a claimable expense.
One of the Government ministers supporting the order is quoted in a newspaper as saying: "MPs' expenses should not be an entertainment show for the public." Failing any significant saving of public money or building of openness between representative and voter, I can't see any earthly reason why we should not at least get some entertainment from the money we are paying. I feel many, perhaps most, voters would agree with me, especially in the current economic climate.David Curry:

There is a real issue of cost and it is a recurrent cost because of the neeed to scan every single receipt etc. into the machine. There is a vital word in all legislation which is "reasonable" - what is a reasonable level of disclusure taking into consideration the cost and the benefit.. The costs are, of course, incurred by the taxpayer. I have no great personal isue riding on this- my expenses are a long way below the maxima. DC

So far, I think, more than 400,000 pounds worth of expenses have been repaid.
Posted by Nonjatta at 1:23 pm No comments:

Was there fraud in Iran?

A very sober, not to say impenetrable, from a Michigan University statistician, who specializes in election forensics: "While it is not possible given only the current data to say for sure whether this reflects natural complexity in the political processes or artificial manipulations, the numerous outliers comport more with the idea that there was widespread fraud than with the idea that all the departures from the model are benign." *linking to Pdf.
Posted by Nonjatta at 11:26 am No comments:

Soccer forum is another good source of photos and videos:

This will be fun:

Zionism and the Canadian Government

A Christian fundamentalist minister seems to want this conference stopped. Comparing the conference details and his statements about the conference, I can only conclude that he is trying to suppress free debate of perfectly respectable points of view.

Personally I think that a two state solution is the only way forward, but it is quite obscene how some Jewish groups accuse anybody who believes in a state based around historic borders and allowing everyone equal citizenship of being "antisemitic". In the long run, that sort of talk is not only offensive but dangerous because it is about extremists/propagandists taking factional ownership over the fight against anti-semitism, which requires as broad a spectrum of opinion behind it as possible.
Posted by Nonjatta at 2:00 pm 1 comment:

http://danielsmonster.tumblr.com/
Posted by Nonjatta at 9:10 pm No comments:

But what about 1206? The comments on this page are more interesting than the article.
Posted by Nonjatta at 9:00 pm No comments:

I always feel when I see/hear/read these sorts of things how lucky I was to have hit the parental jackpot but...

... now I am a Dad, these sorts of things have more than one resonance. Good short documentary (click the arrows for full screen):

Mee and my Dad from UWE Bristol Media Practice on Vimeo.

Posted by Nonjatta at 8:50 pm No comments:

This seems an important diagram to me right now 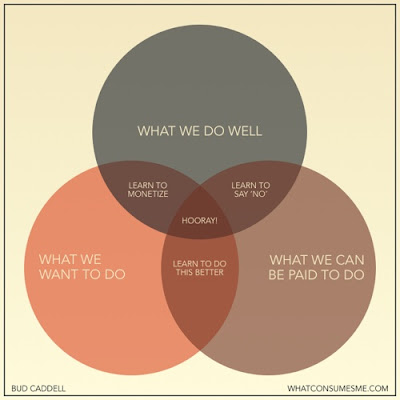 From here.
Posted by Nonjatta at 9:31 pm No comments:

I wanted to watch a full version of Barack Obama's big speech to the Middle East at Cairo University. Most versions are cut and spliced with journalistic comment but this one seems to be straight. Double click to watch full screen:

Posted by Nonjatta at 9:10 am No comments:

The dead land.
Posted by Nonjatta at 9:04 pm No comments: