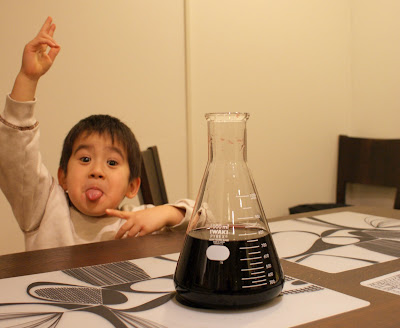 I am quite pleased with our new decanter. Got it from a science supplies shop on the web. No idea who the fellow is in the background.
Posted by Nonjatta at 7:22 pm 1 comment:

This has got to be the saddest pastime I have ever seen...

I give you Live Action Role Playing...

I try not to laugh at nerdish behaviours because I am prone to them myself, but these fellows are making that a challenge to say the least.

And just in case you are thinking of joining up...

or Reports of our death have been greatly understated.

The situation: British people buy a lot of their stuff from abroad. Electronics, toys, food; it feels like most of the things we live on come from abroad. However, most British people do not make anything that foreigners might want to buy. We have been paying for our inflated lifestyles by selling foreigners paper. Let's not get into why they bought it but they did.

The crux: The underlying value of that paper, our money, essentially relies on what things foreigners can buy with it from us. Unfortunately, Pounds Sterling is not worth very much because we do not produce things that foreigners might want to buy. We used to make ships and cars and things but we gave that up a while back. Pity really, because they would be really cheap now that our overweight currency has collapsed. I suppose we still have that financial expertise and cutting edge management advice that we used to sell to people. Enough said. What have we got left? A few Harold Pinter plays? So the Pound is basically worth very little and has been worth very little for a long time.

The revised situation: There are huge piles of Pounds in foreign vaults and those Pounds are worth nowt. The economy is going tits up so the Government is printing more of that paper to try to give it a "kick start". Sadly, there is no engine on the bike apart from debt. The printing of more money is just going to make our money worth even less. Drastically less.

The foreigners who own rooms full of paper are realising it is worth nothing and are selling it for what they can get. The price of our money is going down very quickly and is likely to stay down. The financial sector of our economy, which has warped our public policy for decades and has provided the fig leaf for our national lethargy, is going down with us (or, to be more precise, just slightly ahead of us).

The crisis: The printing of money, the piling of debt upon debt and the inevitable (and partly consequent) fall of the Pound will all result in hyper (or at least super) inflation and further currency collapse.

The resolution: Panic! If you have any money, buy land! I mean land you can grow carrots on.

Or, don't panic. We are not in this alone. The rest of the world is damned too if this system collapses. I would not be surprised if the Dollar does the same sort of thing the Pound is now doing. And that would not be a sideshow, that would be the the Big Top falling over. The producers in the East are going to be just as screwed as we are if the global trading system stops working and we enter the Second World Depression (I suppose, like "The Great War", they will have to change the name of the first depression). So, perhaps, somehow, they will cover over the cracks with all that useless paper and allow us to stagger on a little further as the world economy's necessary fat men.

I still say land where you can grow carrots would be a good idea though. You could always build a mobile phone kiosk or a dodgy mortgage brokerage on it if things don't go so badly.

Disclaimer: I know nothing at all about what I am talking about. My opinions may go up as well as down, on a daily basis.
Posted by Nonjatta at 10:47 am No comments:

Here.
And the benediction (great ending!).
Posted by Nonjatta at 1:29 pm 4 comments:

One scary thing and one less scary

The Bush Era - "All circus and no bread"
A role playing game asks children to create its monsters.
Posted by Nonjatta at 1:03 pm No comments:

or was it. One man's obsessive search for the source of the Melt-in-the-Mouth Cookie.
Posted by Nonjatta at 11:15 pm No comments:

This kind of thing gives cheese a bad name...

From Wikipedia: "Casu marzu is a traditional sheep milk cheese, notable for being riddled with live insect larvae. Although outlawed there for health reasons, it is found mainly in Sardinia, Italy on the black market...

"Several food safety issues have been raised in relation to Casu marzu, including anecdotal reports of allergic reactions and the danger of consuming cheese that has advanced to a toxic state. In addition, there is some risk of enteric myaisis, or intestinal larval infection. Symptoms include nausea, vomiting, abdominal pain, and bloody diarrhea. Piophila casei larvae are very resistant to human stomach acid and can pass through the stomach alive, taking up residency for some period of time in the intestines and causing stomach lesions and other gastrointestinal problems. The larvae have powerful mouthhooks which can lacerate stomach linings or intestinal walls as the maggots attempt to bore through internal organs...

"There are several other regional varieties of cheese with fly larvae in Europe. The most similar is found in Piemonte, Italy, where ... goat-milk cheese is left to the open air until Piophila casei larvae are naturally laid in the cheese. Then it is aged in white wine, grapes, and honey, preventing the larvae from emerging, giving the cheese a strong flavor. In addition, other regions in Europe have traditional cheeses that rely on live arthropods for aging and flavoring, such as the German Milbenkäse and French mimolette, both of which rely on cheese mites."

It could never happen to us 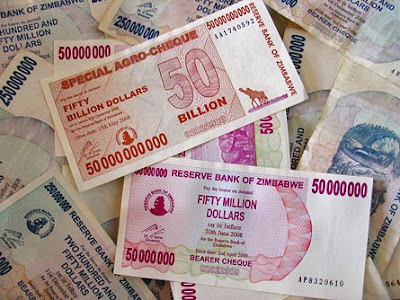 Posted by Nonjatta at 8:41 pm No comments:

An interesting article on games.
Posted by Nonjatta at 10:03 pm No comments:

Little did the Chinese know..

... that all that heavy handed one child policy stuff was completely unnecessary. All they needed were Japanese nursery style compulsory two hour daytime naps for children up to six. Very efficient.
Posted by Nonjatta at 12:00 pm No comments:

Size
Heft
What strikes me about the second one is what a unproductive country the US is relative to its size, but I suppose that comes from a West European.
Posted by Nonjatta at 9:45 pm 4 comments:

The head count.
Posted by Nonjatta at 2:59 pm No comments:

Most of the expert commentators seem to agree these massive bailouts are a good idea...

They also keep saying that no one could have foreseen the current problems, by which they mean they didn`t.

... and other ways the universe might kill you.
Posted by Nonjatta at 11:00 am No comments: