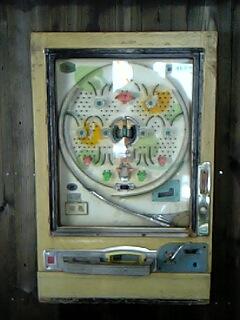 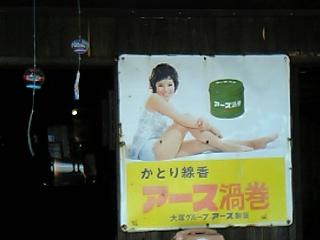 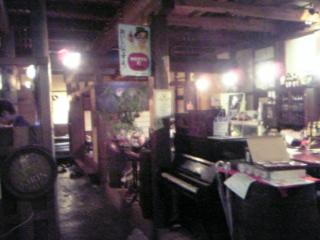 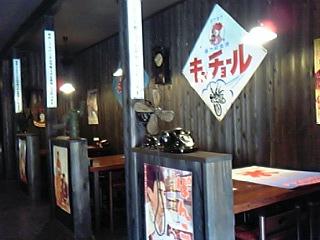 One thing we noticed during our trip of Takayama was the rise of nostalgia for twentieth century Japan. I don't remember any of this sort of thing ten years ago. Back then, bars and restaurants seemed to trade off various types of foreignness, authentic pre-modernisation Japaneseness or cutting edge modernity. This time, there were a new crop of restaurants and drinking places themed around nostalgia for 1950s and 1960s Japan. The Taisho period, the relatively liberal era which directly preceded the militarisation of pre-war Japan, is also a favourite for this kind of thing.

As I say, Takayama is full of it. We went to an izakaya and a ramen restaurant, both filled with post-war artefacts. There was also a korokke shop displaying its owners collection of 20th century stuff and I passed a shop window full of antique product signs.

You could come up with all kinds of rubbish theories as to why this kind of nostalgia is on the rise in Japan. The most obvious, which someone will no doubt churn out in a Western newspaper column sooner or later, is that the post bubble depression is engendering warm feelings for the boom days. The problem with this theory is that this new nostalgic consumerism is a shiny and polished phenomenon. These restaurants are the smartest places in town and their clients are most definitely not sacked salarymen wallowing in post bubble penury. There is a feel of carefree consumerism, piggybacking on the consumerism of a past era, about these places.

Probably as far as I can go by way of explanation is to say there are not so many barriers to this type of nostalgia in Japan nowadays and that it may appeal to younger people more than to older people. This is a bit of a simplification but the immediate postwar generations in Japan seemed not to be totally comfortable with celebrating everyday Japaneseness. They often seemed to be more interested in finding an "authentic" or "original" Japaneseness or, conversely, in experiencing some authentic, usually Western, foreignness. The third comfort area for these generations was with incredibly modern, cutting edge style.

Nowadays, younger people, who have no knowledge of Japan's post war humiliation and the discomfort with everyday Japaneseness that was associated with it, seem to be much happier to engage playfully with the everyday things of Japan's immediate past. I'm not saying that the younger generation have invented nostalgia, no doubt it existed in previous generations, but this very public and commercial delight in mass Japanese culture and ephemera seems new.

A couple of nostalgia snaps from the Takayama trip below.

1. Outside the 1960s ramen store (which only served two types because that was all that existed in those pre-ramen revolution days) a mock poster exhorting the Marxist masses to support their workers' newspaper. 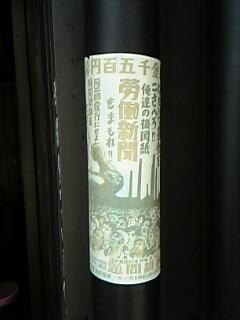 2. No ersatz 1960s nostalgia here. This shop seems to have stayed the same since the immediate post war years, gone out of style and then come back in. The sign says "Oriental Curry" and the face is the Japanese equivalent of a Gollywog, an un-PC caricature of an Indian face. We bought a couple of packets of oriental curry, which the shopkeeper warned was much sweeter than more modern instant curries. I liked it.

The shopkeeper said she had recently been bombarded with requests to buy the sign and other "oriental curry" paraphernalia in her store but she had refused. The shop has even been featured on TV. 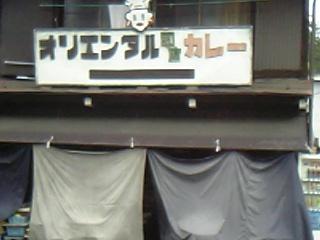 What goes around comes around..or whatever the saying is. Isn't there always a nostalgia for the past...especially when the artefacts have become scarcer because of too may earlier clearouts and mdernisations?

I think there is always a nostlgia for the past but I think in this very public and commercial form it is new to Japan. Maybe it was more notable that such commercialised nostalgia was not as widespread here as in the past.

Why don't you churn out an article for the Western press?