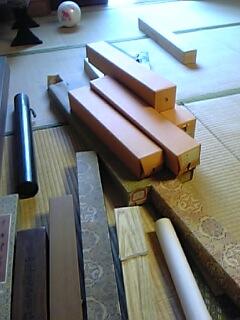 A.'s parents are renovating their house at the moment. As part of the general clear out, A.'s dad was looking through his collection of calligraphy and painting scrolls today and let A. and I have a look. Some of the Japanese scrolls were originals and really quite valuable. I think the one on the left was by Watanabe Kazan and the one on the right by Yamaoka Tesshu. 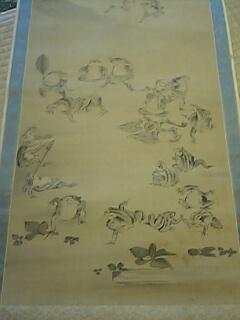 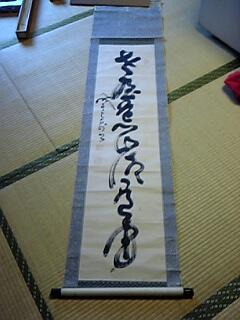 But what A.'s dad was really enthusiastic about was this impression made from a stone engraved with calligraphy by the Chinese leader Zhou Enlai. A.'s dad bought it on a visit to China in the 1980s and its reappearance in his life seemed to have really made him happy. He spent ages today enthusing to me over the excellence of Zhou Enlai's calligraphy. He pointed to individual characters: "See here, this boat. It has a real impression of movement" and "This mountain somehow really looks like a mountain, doesn't it?" 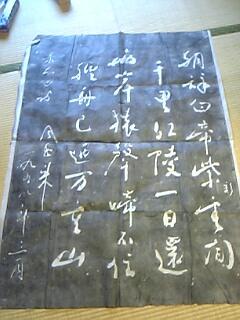