We took a two day trip to Takayama, the city in the mountains I used to live in when I was last in Japan. We had a great time. I met some old friends and wallowed in nostalgia. A. discovered a delightful old city, surrounded by spectacular countryside and full of good food and lovely people. For G.'s take on it all, take a look a Yobu.

This was our normal get-up for our walks around the city. An umbrella for keeping the sun off the son, Baby Bjorn and a stand-up pram slung over my back so he would have somewhere to sit during one of our numerous visits to the local eateries: 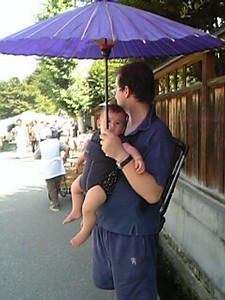 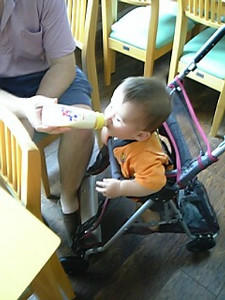 This was one of those restaurants, called "Agura". I don't think it was here when I was in Takayama. The city's tourism seems to be booming. You see many more foreign faces on the streets and the feel to the facilities is much more prosperous and new fashioned. I'm not saying the bus loads of tripping obaasan (grandmas) are gone, but they don't seem to dominate the place in the way they used to. There were always good restaurants in Takayama, but there is a new breed of establishment that doesn't rely so much on word of mouth among locals. 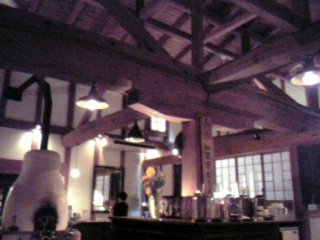 I've consolidated the posts I sent from my mobile in Takayama onto the bottom of this post and flipped around one or two of the pics. I've linked to the old comments, just in case someone is interested.

A trip down memory lane


The famous geezer with the long arms: 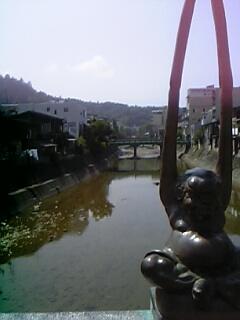 The former house of a not-so-famous geezer: 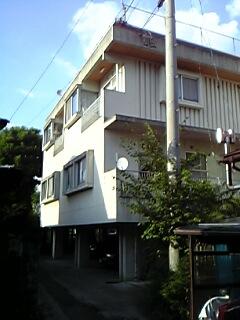 Actually, it was my old apartment (on the top floor). Met the current resident at H.'s bar. It is still a JET scheme apartment. He was a nice chap. (Old comments).

The underpass on the way from my old house to the station: 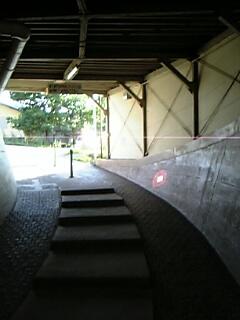 For some reason, this was a particularly nostalgia drenched spot. Perhaps because I used to have to bike through here every morning at breakneck speed in a desperate attempt to catch a hopelessly missed bus to one of my schools in the mountains. Also remember meandering through here on Fridays on my way out of town. Can't believe I spent most of my first year leaving this wonderful place for a real dive three hours South. Young love! (Old comments)

When I wasn't legging it out of town, I was often to be found in this isakaya (the Japanese equivalent of a pub). It is called "Murasaki" and is part of a chain. English readers might best think of it as a very cheap and cheerful Wetherspoons. The woman in charge on our visit this time was exactly the same person as when I was here at the start of the 1990s. She has a nice smiley face. (Old comments) 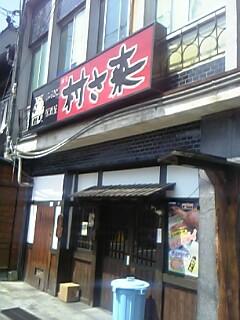 Spent a good deal of the rest of my time in Takayama at Ichii coffee shop, which is on top of a hill above the city. It has great views both of Takayama and, in the other direction, the Japanese Alps. (Old comments 1, old comments 2) 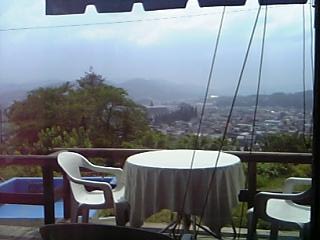 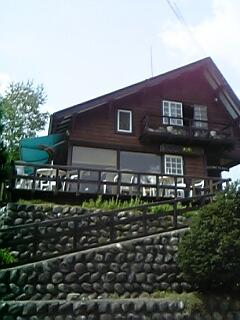 Ichii does a nice line in super cold beer, which is much needed after the hike up the hill: 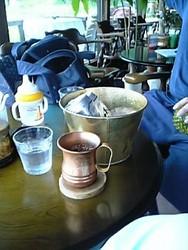 George was a bit of a hit with the ladies of Hida ... 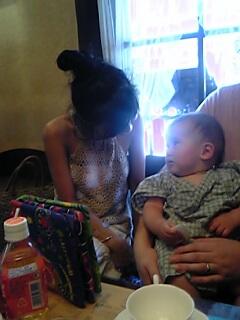 ... but for the story of his visit you might want to take a look at Yobu. A. and I got in the habit of promenading up and down the riverside morning market with George in sling. The people of Hida are very friendly and the walk through the market was a constant bombardment of old women stall owners cooing over him. Only once was he upstaged, by a very classy young local girl and her super-cool traditional pram. 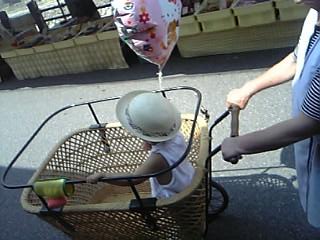 The local obaasan who was pushing her said: "These new fold-up buggies are too difficult for the likes of me." (Old comments) 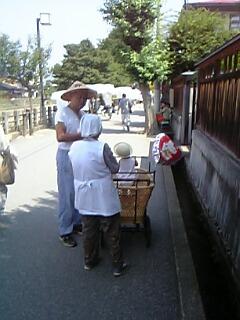 We had the same breakfast each day, bought from the morning market. Cold cucumber and a touch of salt: 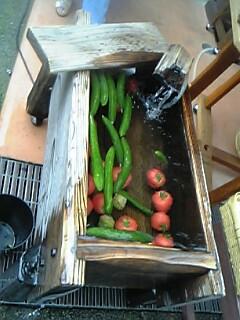 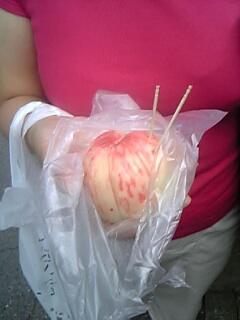 We had a great time and came back much refreshed.

I remember that view....saw him on our first morning in Takayama