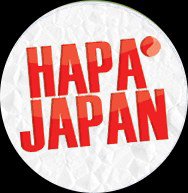 Further to my post about G. being "haafu", I was interested to come across this forum for young people who are half Japanese. It is called Hapa Japan, named using a Hawaiian word meaning "multiracial people". Hapa culture is really quite strong in Hawaii and it seems to have helped inspire this very positive development in Japan. Basically, the society seems to be run by young adult "hapas" and is much more of a social meeting ground than a political organisation: just a space for mixed race young people to hang out without "having to answer all those ridiculous questions about whether we eat natto", as one hapa put it. Another said that some younger people felt out of place in groups of older "haafu", who tended to be more bitter about their experiences.

The term itself is a bit of a liberation because the Japanese "haafu" terminology seems rather disempowering. One of the reactions to this among some people has been to start talking about mixed race children as "double", which some of the "hapa" involved in this site say doesn't feel quite right either. What was needed was a term that got away from all this ridiculous quantification of nationality and identity. "Hapa" seems to do it in the Japanese context. I think in Hawaii it actually also means half or fragment but it is a term the group themselves have elected to use and also its quantification is not clear unless you know the roots of the Hawaiian.
Posted by Nonjatta at 10:21 pm

I don't really like all this stuff - I prefer to think of G. as a baby or a toddler or a little boy just like any other 11 month old not as a Hapa or a Haafu/

Of course you are right and, as I said before, I am going to have to shut up about this stuff because it is his business not mine. But, for now, I am just expressing my worries and reliefs. This was a bit of a relief