So, apparently, the Miss Universe contest has a section in which the lubbly beauties dress up in their national costumes. It's great for the gals. They get to show off their deepest patriotic feelings and share a small part of their traditional culture with the rest of the world.

This type of thing: 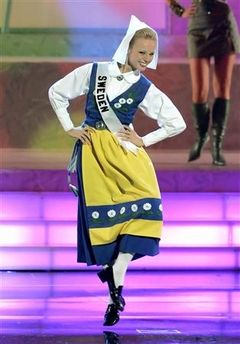 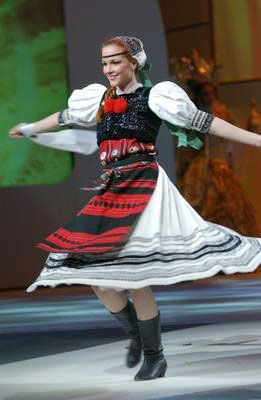 Miss Japan thought long and hard about her garb. The unrivalled elegance of the kimono would almost certainly have gone down well with the judges. Somehow, though, none of the outfits Kurara Chibana tried on had that extra something she was reaching for.

After careful consideration, she opted for the murderous red ninja costume that so typified the Japanese woman of yesteryear. As No-Sword memorably puts it: "Miss Japan went in the traditional garb of the stiletto-heeled red ninja, reflecting Japan's past as a largely agricultural nation of peaceful farmers and ruthless, garishly-dressed assassins. I suppose it has a certain quaint charm." Those high-heels must have been a bind when they were sneaking through the paddy fields.
Posted by Nonjatta at 7:45 pm

PS. Presumably, that's the German in the background of the Miss Sweden snap.