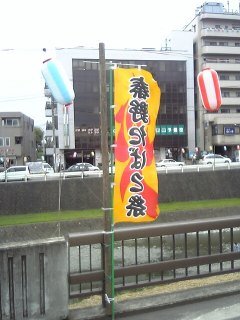 G. and I were playing on the swings in the neighbouring town of Hadano this weekend when we heard the distant sounds of merrymaking. We decided to investigate.

It was a town "matsuri" (festival or fete). At first I didn't notice anything strange, just the usual sideshows and fried chicken stalls. But then I read the banners festooning the main street. This was the "Hadano Tabako Matsuri" or, in English, "Hadano Cigarette Fete". There is sometimes something wonderfully un-P.C. about Japan. I can't imagine such an event surviving into the modern era in England but here it was, in full swing, the 59th Annual Hadano Cancer-Stick Jamboree! 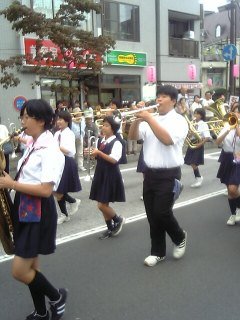 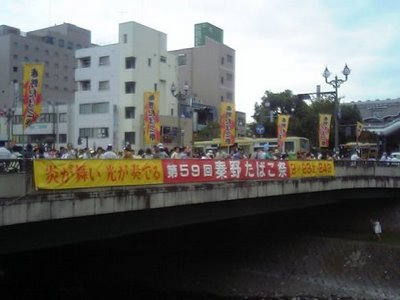 Hadano's farmers have apparently been heavily into tobacco production for years and the town was out in force to support the evil weed. The whole of the main drag was given over to the festivities. The river was lined with big triangular pyres, presumably intended to be lit when night fell in a kind of incantation to the smokers' god. 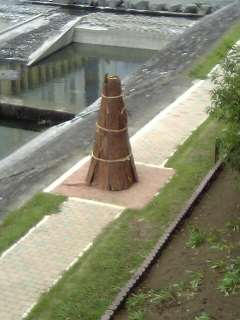 The local school bands were playing, the scout groups marching and the sports clubs giving demonstrations. The Kanagawa Police Brass Band had turned out to add a bit of pomp. All in all, it was quite a day.

There was an official stall of nice old ladies selling bumper packs of ciggies for knock down prices and a tent handing out free ash portable ashtrays for matsuri goers inspired to indulge. 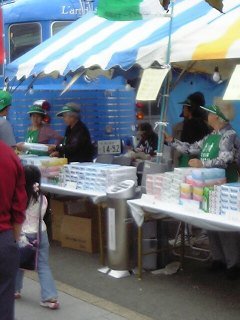 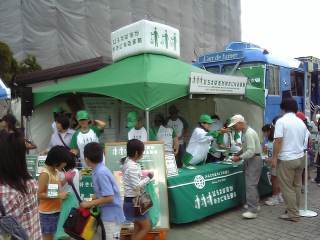 I presumed this notice, on the ashtray stall, was a warning rather than an instruction: 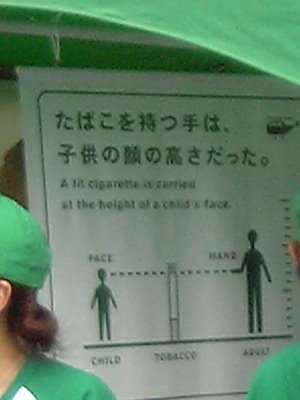 But I was particularly taken with the "SmoCar2", a luxury air-conditioned vintage bus set aside so that patrons could enjoy a tab in peace and quiet: 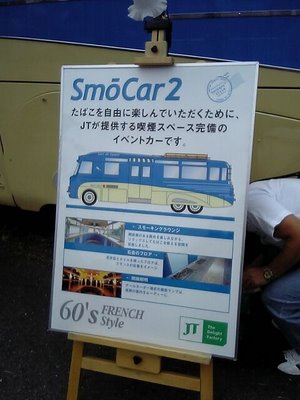 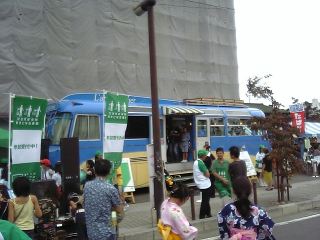 On the way home, G. and I passed this lady getting into the spirit of things: 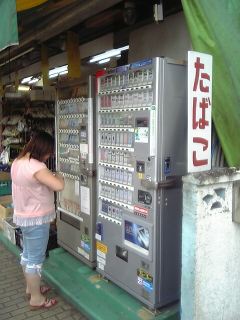 Ain't life strange! Here we are giving away free holidays to people who give up the weed (read this in the free newspaper on way into Bradford today)whist In your neck of the woods the school band is on duty to celebrate the weed!!