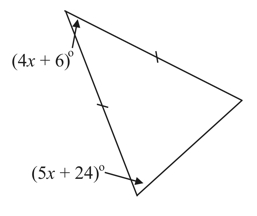 A work colleague of an in-law has a problem. He has recently married but a relationship with a former girlfriend refuses to go away. He still feels very strongly towards the former girlfriend and has been confiding his dilemma to my in-law.

Anyway, said in-law was discussing the whole tangled affair with his wife a week ago. Unbeknownst to them, their seven-year-old twin daughters were listening in from the next room. Later, one of the daughters asked her mum what Daddy had been talking about. Mum decided the best policy was to explain it all in terms the child would understand. Something like this: "Well, sometimes people fall in love with each other, like your father and I. We fell in love before you were born. When you are lucky, like Mummy and Daddy, you get married and love each other for ever and ever and ever. Then you have two wonderful little girls like you two and you love them and they love you and everybody is happy. But some people are not so lucky. Sometimes their love does not last forever. Or sometimes they can't get married. Sometimes they get married to someone else. And that causes problems. Anyway, Daddy's friend loves his wife but he also loves someone else and that is very confusing for him..."

The seven-year-old rolled her eyes: "Oh Mum, that's one of those triangular relationships. They are happening all the time." And walked off.
Posted by Nonjatta at 10:29 am