Was just listening to an interview with Michio Kaku, the theoretical physicist, on an NPR podcast.

The Multiverse as a bath of soap bubbles and our Universe as the surface of one of those bubbles:

Kaku: Think of soap bubbles. We live on the surface of an expanding soap bubble and if you jiggle a soap bubble sometimes it vibrates and splits in half and then you have two soap bubbles. So, one soap bubble buds of another or sprouts off another and this is called eternal inflation. And so of course we can't prove all these theories but the experimental data is coming in in the direction of inflation, which does support the idea of a multiverse: that is an ocean of bubbles, each bubble then fissioning off and creating more bubbles and so we have a Genesis taking place in an eternal Nirvana. 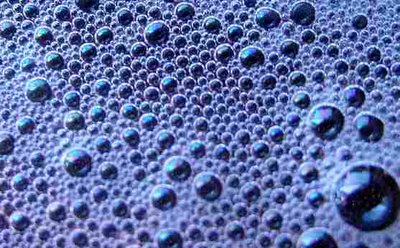 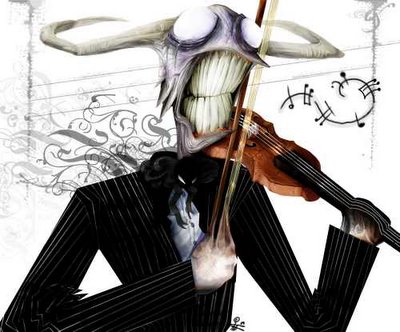 What is Dark Matter? And how does it relate to the Multiverse

Kaku: There is something called dark matter out there. We now realise that dark matter is about 10 times more plentiful than ordinary matter except dark matter is invisible ... There are two theories as to dark matter, both of them coming from something called string theory which is what I do for a living ... One is that dark matter is shadow matter just like the invisible man: gravity from another universe. The other theory is that dark matter could be made out of 'sparticles', super particles; that is higher octaves of the super string. Now, we believe, though we can't yet prove, that all matter we see around us is nothing but musical notes, musical notes on tiny tiny little vibrating strings. So, the laws of physics are the laws of harmony and when the strings bump into each other they create chemistry, so chemistry would be the melodies played out on these strings. The universe would be a symphony of strings and the Mind of God, that Einstein eloquently wrote about in his memoirs, the Mind of God would be cosmic music resonating not through ordinary space but through hyper space, perhaps 11 dimensional hyperspace. And so the other theory is that dark matter is nothing but the next octave of these vibrating strings. So, both interpretations of dark matter require the introduction of multiple universes.

I'm so glad the interviewer said that.

I couldn't help but feel, when listening to Kaku, that his use of metaphors, in talking about bubble baths and the laws of harmony, was really very like the old tradition of the use of religious metaphor to help the ignorant masses of the medieval church. I mean ideas like Jesus as a shepherd, God as a geezer with a big white beard and hell as a very hot place with lots of tongues and spikes. Such religious metaphor is not employed by the speaker to illuminate a particular aspect of a reality the listener understands. It is used to allow the hopelessly unenlightenable listener to live in an alternative conceptual reality which, though not really the same as the reality that the theoreticians are struggling with, has something of the same shape. I suppose it reassures the theoreticians at least.

Apparently, in 2011, they are going to be sending up "the most ambitious satellite [mission] of all time", called LISA, which may be able to test these theories. LISA will be three satellites connected by laser beams five million kilometres long. They will make a triangle in outer space and be able to pick up gravity waves from the instant of creation that are still circulating around the universe. String theory and inflation theory make predictions about what the vibrations from these waves will be like and so, for the first time, they will be able to be tested. Meantime, I'll carry on imagining a string section sitting in a bubble bath.

For those less befuddled than me, Michio Kaku's book on all this is here