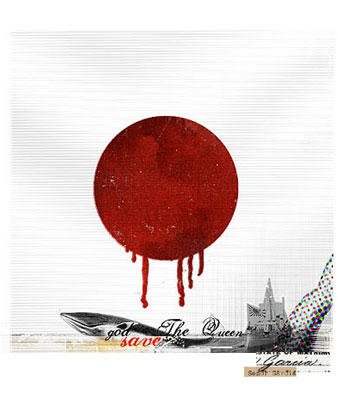 Since 2003, the Tokyo Metropolitan Government has been ordering schools to stand and sing the national anthem in their ceremonies and has disciplined teachers who have refused. It is part of a more general conservative push to foster nationalism in children which has prompted at least one elementary school to rate children's patriotic feelings on a three point scale in their reports.

All of which garners a few intemperate votes, I am sure, but, if you were genuinely wanting to encourage national feelings in children, would you force them to stand a sing the national anthem in assemblies. Would you really? Maybe at elementary school, it might work for a few of the slower souls. But in High School? Think about it.

The rather predictable consequence has been the spread of parodies, which sound like the national anthem and look like it when you are mouthing the words in assembly, but have various less patriotic meanings. Some of the versions currently being circulated appear to have been written by adults but, lets face it, for every teaspoon of adult derision, there will be a bucket full of sniggering teenage ridicule. That is how young people respond to old buffoons. Thank God.

Not sure what this parody, using English words, means (it sent the rightist Sankei Shinbun bonkers) but it makes more sense that the policy:

Haunting. Christians are also using their own alternate lyrics to avoid Emperor idolatory (in the patriotically divided UK, of course, forcing Christian worship has been the equivalent of this Japanese nationalist push). The resistance is allowing the rightists to scream and shout even more, which I suppose is all they wanted to do in the first place.