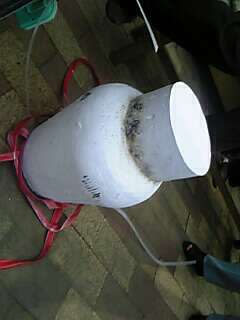 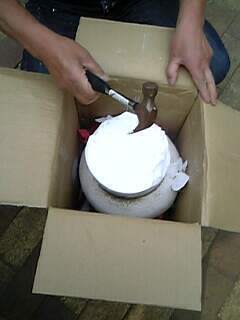 Yesterday, A.'s mum and dad had a barbeque. Halfway through the proceedings, which featured a lesson in how to barbeque clams, A.'s dad hauled out a large white urn from the house. The top was completely covered in hard white plaster and we took turns trying to smash it off. 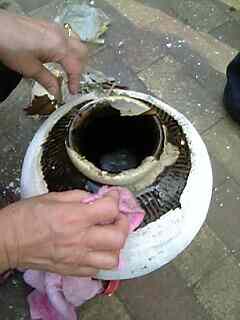 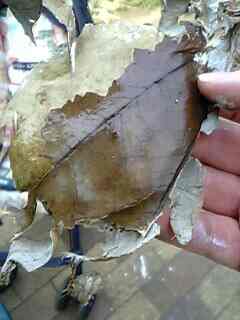 Eventually, after about ten minutes of chipping away, the mouth of the urn was revealed, covered by bamboo bark and a lower layer of large leaves. Aya's dad told us it was full of Shokoshu, or Shaoxing wine. I have tried Shaoxing a few times in Chinese restaurants in England. It is a dark rice wine from the Chinese city Shaoxing and, in my experience, much harsher and stronger than sake. You often have to take brown sugar with it to soften it out (A. tells me that is for second rate bottles only).

This stuff, once it had made its dramatic entrance, was far more mellow than anything I had drunk before. It had been sent in its traditional packaging direct from Shaoxing and was 15 years old. The wine was delicious and a perfect complement to the clams. If you hurry, there is still half an urn left. 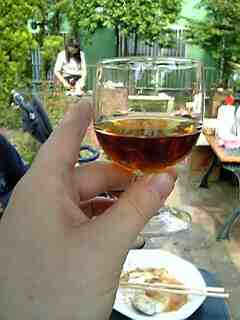