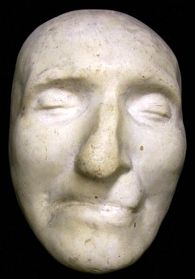 It was widely believed by the devout of those days that unbelievers would scream for a priest when their own death-beds loomed...Dying in ulcerated agony, he was imposed upon by two Presbyterian ministers who pushed past his housekeeper and urged him to avoid damnation by accepting Jesus Christ. "Let me have none of your Popish stuff," Paine responded. "Get away with you, good morning, good morning." The same demand was made of him as his eyes were closing. "Do you wish to believe that Jesus Christ is the son of God?" He answered quite distinctly: "I have no wish to believe on that subject." Thus he expired with his reason, and his rights, both still staunchly defended until the very last.

In the year 1798, seeking to choke the influence of French and other revolutionary opinions in their own "backyard", the British authorities jailed the radical Irish nationalist Arthur O'Connell. As he was being led away, O'Connell handed out a poem of his own composition that seemed to its readers like a meek act of contrition, and a repudiation of that fount of heresy, Thomas Paine:

The pomp of courts and pride of kings
I prize above all earthly things;
I love my country; the king
Above all men his praise I sing:
The royal banners are displayed,
And may success the standard aid.

I fain would banish far from hence,
The Rights of Man and Common Sense;
Confusion to his odious reign,
That foe to princes, Thomas Paine!
Defeat and ruin seize the cause
Of France, its liberties and laws!

If the reader has the patience to take the first line of the first stanza, then the first line of the second stanza, and then repeat the alternating process with the second, third and fourth lines of each, and so on, he or she will have no difficulty in writing out quite a different poem. (How much the British have suffered from their fatuous belief that the Irish are stupid!)

From Christopher Hitchens.
Posted by Nonjatta at 9:26 pm

Well said - we Irish are not so daft as many think!!