What does "proving the rule" mean? 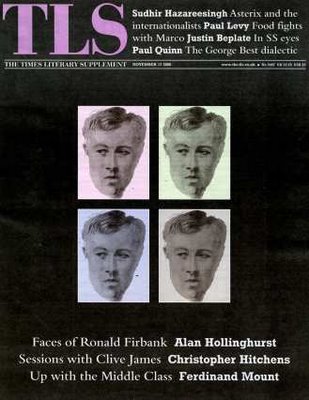 Personally, I read mine on the toilet: heated seat, nice poo-length chunks of learning on a galaxy of unknown subjects, plus the incomparable letters page for briefer visits. Perfection. Tried the London Review of Books for a while. Didn't cut the mustard. The personals page is fun but you would need a very severe case of the trots to get to the end of one of their articles in a single sitting.

Sir, – In his review of Kate Teltscher’s The High Road to China (October 27) Bernard Porter refers to the well-known saying “the exception that proves the rule” and says, “I’ve never entirely understood that expression”. He is in the majority; few people do.

When the word “prove” entered our language it came, via the French, from the Latin “probare”, meaning to test or try (put on trial) and carried the meaning of the original. This meaning survives now only in the usual locations for obsolete expressions, such as trade terms, proverbs, and closely defined expressions in, for example, religion, philosophy and law.

Thus, a printer’s “proof” copy is his “trial” copy, and the “proof of the pudding is in the eating” means that the only way to “test” a pudding is to eat it. In English law a case goes to “trial”: in Scots law a case goes to “proof”; the two words mean exactly the same. This, incidentally, also explains another universally misunderstood usage, the Scots verdict of “not proven”, which does not mean “not proved”, but “case not tried”, for if the burden of evidence is insufficient to reach a decisive verdict, the case is not concluded, and is therefore not “tried”, i.e. not proven.

This too is why the “not proven” verdict could mean the reopening of the case, whereas the other two verdicts closed the matter. Thus, “the exception proves the rule” simplifies to the obvious: you have a rule, up comes an exception, and that rule is immediately put on trial.